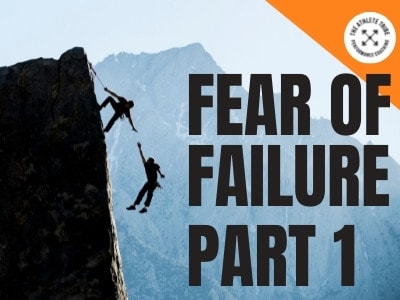 In my work with professional athletes and high-performing business leaders, fear of failure always significantly affected performance. For some athletes, they used that fear to motivate them.Have you ever been in a situation where you were on the verge of a change in your life, but you were so afraid of it that you were hesitant to take that step?The fear of failure is a paralyzing force that can keep us from making the changes that we know are necessary. Whether it’s childhood trauma, fear of judgment, or just uncertainty about the future, this fear will have you stuck in a pattern of stagnation that’s not good for you, your performance or your loved ones.If you want to break free from this pattern, experience the joy of change, and get on the path to success, you must prepare your mind for the change, tackle the emotions with mindfulness, understand yourself, your time, and face your fear of moving forward. Yes, this change won’t be without its challenges, but with time, patience, and knowledge, you’ll be well on your way to conquering your fears and moving forward in your life.To help build a strong foundation of mental resilience and embrace change, we must discuss what fear is, what it’s made of, and how you can overcome it. So, take your first step forward into the future you deserve. 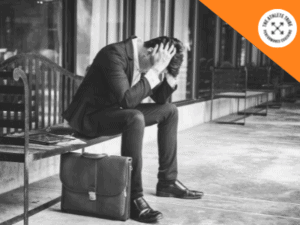 What are the Causes of Fear of Failure?

The fear of failure is a common issue that can affect anyone at any stage of life. It’s an emotion that keeps us from taking that next step toward achieving our goals, and ultimately, it can prevent us from succeeding. This fear is irrational. It doesn’t necessarily mean that we’re going to fail; it just means that we’re afraid of failing. Often, we fail by simply not trying in the first place. So, what can we do to make a change?Fear comes from a subconscious perception. It could be that failure makes you feel powerless or vulnerable, or it could be something else altogether. When these emotions are stirred up inside you, it can be hard to see the truth. That’s why it’s so important to acknowledge the emotions that come with failure and understand them for what they are. By doing this, you can overcome them and move forward in your life.People often fear failure because they’re afraid of judgment. They feel that they may be criticized by others for taking risks and trying new things. They want to be accepted by the people around them, so they fail to move forward in their lives or stop trying altogether. Other people fear failure because they think it will change who they are as a person. It’s a common misconception that change is a bad thing, but in reality, change is good.People often think of change as something that will make them forget about the past and lose touch with those important to them. They might feel that change will leave them feeling empty and hopeless about the future. These feelings are very irrational, however, nothing could be further from the truth.In essence, every fear has its roots in the subconscious mind, which is somehow trying to protect you but, in reality, is holding you back. Every traumatic experience that you’ve had in your life, every memory, every judgment and belief about yourself and others, you’ve carried with you through your life and it’s these subconscious programs and beliefs that won’t let you experience the abundant life you were meant to have.The subconscious mind is made up of many layers. Each layer contains different unconscious beliefs, emotions, mental programs and physical characteristics. When you go through difficult experiences in your life, those experiences are interpreted by the layers of the subconscious mind. If the interpretation is negative or traumatic, it can create a feeling of fear and anxiety within you that will keep you from moving forward.

4 Ways You Experience the Fear of Failure

Life, though beautiful, is full of obstacles, trials, and tribulations, and we all experience them in our own way. But in general, here are the most common ways we experience the fear of failure:

At some point in our lives, we’ve all had negative thoughts about ourselves. When you fail to achieve a goal, you might automatically think that you are a failure. You also might be the type of person who doesn’t want to succeed because you don’t want the responsibility or accountability that comes with it. This causes you to sabotage yourself in order to avoid the challenge.

When you don’t believe in yourself, or when you’re not sure of your abilities, it can be difficult to succeed in anything. You can look at the world from a negative perspective and interpret everyone’s motives and actions as negative or harmful. This can make you fearful of failure and make you less likely to take a risk or even try.

If you’re a perfectionist, you might never take the steps necessary to succeed because you’re afraid that you’ll do it wrong and that you’ll fail. You might have the mindset that a little mistake is a big mistake, and your fear of failure makes you afraid to make that mistake. Unfortunately, success demands that you make mistakes, but your fear of failure will have you playing it safe, and you will find yourself in a position of no progress. Check out how to embrace and use criticism here.

When you feel insecure about yourself, it’s difficult to trust your intuition, your feelings, and your gut. You might feel as though you can’t trust what you know inside of you. And this can cause you to question yourself and to doubt yourself because you are unable to overcome the fear of rejection. It doesn’t matter what kind of work or life situation you’re in; rejection is a part of life. So, the sooner you accept this reality, the sooner you’ll be able to get on the path to success.

What Is the Definition of Failure?

Failure – the epitome of negativity.You can see this from the definition. Failure is a word that we generally don’t like to use because of the emotional reaction that it can bring out in us. Unfortunately, sometimes we need to be confronted with this reality to move forward in our lives. Failure is defined as not meeting your desired goals or expectations. It means that you didn’t do everything you could have done to try and achieve your goals. Failure isn’t always negative, however. It can also be viewed as a new beginning, an opportunity to learn and grow, and an encouragement to try again.Sometimes you need to fail before you can make a change in your life. It could be that you’ve been trying to make the same changeover and over again, but the results never seem to last. Maybe you haven’t been successful because you haven’t been patient enough with yourself. Maybe the change is too drastic for you at this time in your life, or maybe you’re putting too much pressure on yourself.When you fail, it’s important to look at your situation with an objective eye. Think about the situation, take note of what happened, and evaluate your actions. Figure out what worked and what didn’t, and be patient with yourself. Regardless of what you do to avoid failure, be reminded that failure is an eternal companion. You cannot avoid it. So it’s important to embrace it and move forward with all the knowledge you can gather and create a new life that you can be proud of.Many established, professional, and globally recognized individuals of all ages and backgrounds have faced failure and managed to embrace it, learn from it, and succeed. Warren Buffet: Rejected by Harvard University, he now sits atop $100 billion dollars in net worth and is considered one of the wealthiest people in the world.Sylvester Stallone: Faced by poverty, Sylvester Stallone had to sell his dog. But that didn’t stop him. He wrote his first script, “Rocky,” which got rejected 1500 times before he was able to sell it. It later won three Academy Awards. Life really does give you a second chance. You can hear in some of his films this personal drive.Abraham Lincoln: Lincoln failed in business at the young age of twenty-three and was defeated in his first campaign for public office. Later, he was elected the sixteenth president of the United States.Steve Jobs: Founder of Apple Inc. and credited with spearheading the creation of the personal computer revolution. He dropped out of college and was later fired from Apple – his own company. But that didn’t stop him from building Apple into the powerhouse it is today.Just think what would’ve happened if these notable people had let failure stop them. What would’ve happened if they had let that negative feeling of failure stop them from trying again? What would’ve happened if they had been so overwhelmed by their failure that they never tried again?Today is a new day. It’s a chance to make a new start. To make a change, to embrace life, and to create a new reality – one in which you are confident, positive, and successful. Remember, don’t give up. Don’t be discouraged. You can accomplish anything you decide. You need to set clear goals and outcomes and create systems to achieve those goals.So, if you have failed in the past, there is no need to keep dwelling on it and let it stop you from trying again. There is nothing wrong with failing as long as you learn from your experience and do not make the same mistake again. This is one of the most important points to creating group flow and improving performance in teams, check out the other points here.Just accept your failure, learn from it, and move on. This for me has been a hard thing to do at points in my career and life, trying to take the positives out of each situation. In part two we will take about what practices can be done to help with this thinking.LeeDirector and Founder 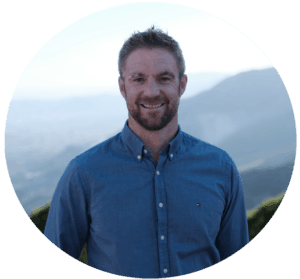 Understanding CO2 Tolerance & How To Train It